Masahito Nakaishi, CEO
The balancing act of attaining economic growth while sustaining environmentally friendly business practices is far from yielding measurable benefits within the socio-economic sphere. Businesses have been known to sacrifice one at the cost of the other or, in worse case, fail to achieve any tangible measure of efficiency or environmental protection. Glencal Technology aspired to change this status quo by introducing its RedoxMaster technology, which dries organic waste without carbonization and oxidation. However, to understand the merits of RedoxMaster, a deep dive into the sciences that serve as the building blocks for this technology is worthy of consideration.

Back then, Nakaishi’s firm utilized bacteria for waste degrading and treatment but went on to experience quite a few setbacks due to the poor reproducibility and efficiency of waste management systems.

While the team envisioned developing technologies to recycle waste, it discovered the phenomenon that hydrogen atoms covalently bonded to atoms with high electronegativity such as OH (including H2O) and NH make hydrogen bond noncovalently; the reason why water and alcohol have a much higher boiling point compared to compounds withsimilar molecular weights, which is largely due to the formation of hydrogen bonds between molecules. The team further explored the concept through researchers specializing in nuclear physics and elementary particle physics studies. The outcome of these studies later translated into the company’s existing drying technology, RedoxMaster.

Circumventing Carbonization and Oxidation
“At the beginning of the study, we were not sure, but we gradually made assumption that there might be a highly efficient drying technology using either no or less heat and wind, and we conducted various experiments to prove this. In 2013, an experimental ion engine, a small reactor, and a dryer were almost completed, and our highly efficient drying method was verified,” adds Masahito.

The company’s RedoxMaster technology processes the organic waste at a low temperature and has a strong sterilizing ability due to the effect of ions. Also, as this ionizing technology employs low energy, it incurs 30 to 90 percent less treatment costs and green gas emissions than conventional drying technologies. To put things in perspective, the conventional treatment that could cost approximately $100, RedoxMaster can achieve the same results with just $10 to $30. It can also reduce green gas emissions by 40 to 80%.

“This technology is extremely unique and useful in today’s environment-conscious world. The most important element is that the process of drying the material at a low temperature keeps it from being affected by heat, which allows for the production of ancillary products,” mentions Masahito.
Another factor that differentiates the firm’s technology is that the process is carried out at low temperatures, due to which the byproducts of the process are not affected. Consequently, the byproducts can produce food materials for cows and other animals. Hence, in the end, no waste remains, as even the byproducts can be utilized for additional purposes that are beneficial to the environment. This technology allows the use of leftover parts to produce a high-quality biomass plastic and animal fodder, since high heat is not used in this method. An example that demonstrates this well is one of the most popular US-originated coffee shop chain, where leftover coffee beans are turned into biomass plastic, which can then be used at the same coffee shop , ensuring that they produce zero waste.

Diversifying Environmental Applicability
Building upon its successful ventures, Glencal Technology has treated, processed, and controlled many substances for more microscopic benefits in several fields. In the livestock segment, the company is involved in the treatment of livestock manure, reduction of methane gas emitted by cattle, improvement of livestock health, treatment of digestive juice discharged from biomass power generation facilities and its fertilization, and so on.

Tofurther make headways in this industry, the company is focused on studying, verifying, designing, and manufacturing prototypes with the National Agriculture and Food Research organization which is the core institute in Japan formulating research and development on agriculture and food, the University of Tokyo, semi-governmental and semi-private organizations such as JA, or prominent meat specialists such as major trading companies and S Foods Inc (S Foods is one of top 5 meat manufacturing company in Japan and also the largest hiend Wagyu producer, such as Kobe beef, Matsuzaka beef, and Omi beef).


Glencal Technology’s waste management solution also finds extensive usage in apple juice factories, where thousands of tons of waste apples are discarded annually. To help recycle this waste, Glencal Technology implemented its equipment, which is charged 3 to 5 tons a day and releases about 0.5 to 1 ton of dried materials after 20 hours. “It is an outstanding drying product with a moisture content of 10 percent or less,” elaborates Masahito. The dried apple dregs obtained from this process are further sold to feed companies as supplement feed ingredients for 1 USD or a little higher than 1 USD per kg.

The technology was provided to an environmental company in Australia, which had been a business partner of Glencal Technology for a long time, exporting its RedoxMaster’s MIRA(Mixed Ions Reactive Approach) engines to them. They say that more than 50 small-sized machines manufactured by the company; engines of the machines are made by Glencal Technology in Japan have already been installed and are in operation in the United Kingdom and Australia. The environmental company has been successful in manufacturing small-sized machines using Glencal Technology’s MIRA engines .

Experiencing trial and error, the first industrial-sized machine was eventually installed at the Japan Agricultural Cooperatives Group’s apple juice factory in Aomori prefecture and started operation in 2019.
After undergoing initial improvements and adjustments, the machine has been operating without any failure for nearly three years.

In 2020, the company established Glencal Senary Co., Ltd. and semi-governmental corporations representing Japan, such as the Japan Agriculture Cooperatives Group, the Norinchukin Bank (one of the largest investors in the world) and the Japan Railway Group. Glencal Technology holds the majority of the shares of Glencal Senary.

Although the business development had initially slowed down due to the impact of Covid-19, four large-sized machines have been installed and are in operation in Aomori prefecture(3- 5ton/batch, 20-feet length large type), Gunma prefecture (5-7ton/batch, 22-feet stretched, new larger type), and Nagoyacity (5-7ton/batch, 22-feet latest type), as of January 2022. Currently the company is developing larger-sized facility which can treat 250 tons per day with JA and other one of largest Japanese trading companies.

To Brew A Glass of Wine In the US
Such meritorious avenues and eventful collaborations are just the tip of the iceberg, in terms of RedoxMaster’s capabilities. Built on the fundamental principles of chemistry and physics, Glencal Technology aims to capitalize on the raw potential of its technology to deduce exceptional environmental protection solutions and services. Since its founding, the leaders at Glencal Technology have been on the front foot, identifying promising innovative strides within Japan, which have not yet been monetized into utilitarian solutions that uplift the environment, all the while ushering in exponential economic progress.

Glencal Technology further seeks to improve its solutions through the consistent efforts of its team of highlevel researchers in atomic physics and quantum physics. The firm is also involved in theoretical reasoning and calculation, test data collection by empirical trial and error, and development and improvement of equipment. In terms of geographical expansion, apart from the UK and Australia, where it already has a significant presence, the company considers the US to be a potential market for its technology and will be making efforts to expand into the country. Leaders at Glencal Technology are extremely passionate about making this long-sought-out dream a reality in the near future. On being asked about this expansion plan, Mr Nakaishi replies, “We think various applications of RedoxMaster can be possible in the US. The reduction of the drying cost of materials can be largely beneficial to manufacture the products for humanbeing, like, plant-based meat, low material for medicine, supplements, freeze-dried foods, and so on. Furthermore, vaporized water generated during the process of treatment can be captured easily, in other words, water can be created nearly at zero cost. This is largely meaningful especially in areas suffering from water shortage.” Then, Mr Nakaishi ended up endearingly, “We would like to bring our ion-engine to Napa, and then let’s try making Napa’s ultra-high-tech wines that have been optimally oxidized and aged with our ionizing technology. 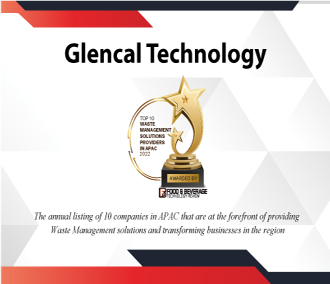