Darren Nicholson, Vice President of Sales and Marketing
The story of iPourIt began with a long wait for a beer. Brett Jones, the company's founder and CTO, happened to be watching a football game at a local taproom, and as one can imagine, it took him forever to order a beer. Unfortunately for Jones, this was not his first negative experience during a visit to a busy taproom.

Like millions of patrons, Jones always endured such negative experience at restaurants, bars, and taprooms. One day, as he patiently waited for his beer to be served at his table, a revolutionary thought struck him, that it would be a much better experience if all he had to do was present a credit card and walk behind the bar for whatever beer he wanted to try, and then he could pour whatever and as much or little of what he wanted, and it would be charged to his credit card for only the amount he poured

His zeal to introduce a better way of buying drinks and his over a decade background in IT and software development led Jones to develop the iPourIt self-serve beverage dispense system in 2012. It allows taproom and fast-casual patrons to pour their own drinks while it tracks and monitors every pour, then charging it automatically to their credit card. Today, thriving under strong leadership, iPourIt is undergoing a rapid-growth phase, and is poised to make significant strides within the beverage industry. “iPourIt is one of the first of its kind in the country. It is the only self-serve beverage dispense technology developed, patented, and manufactured in the U.S. Today, iPourIt represents 63 percent of total self-serve beer wall taps available in North America,” mentions Darren Nicholson, Vice President of Sales and Marketing at iPourIt.

The iPourIt model is driven by RFID (radio-frequency identification) technology, empowering patrons to choose from a wide variety of available drinks, skip waiting, and have fun. Whenever customers check into an iPourIt-powered taproom, they present their credit card and driver’s license through which their age, gender, zip code are all collected. Once the license has been scanned and authenticated, a tab is created, which allows the patron to pour up to 32 ounces of beer and/or ten ounces of wine, enabling them to pour their drink and better their personal experience at a taproom.

The patrons are provided with a wristband embedded with an RFID chip–unique to each of the patrons—that, when used with the iPourIt technology, keeps track of how many ounces they have poured and are charged accordingly. Our tap screen provides the patron with the beer description - brewery, type of beer, location, price per ounce, ABV, IBU and the tasting notes. The iPourIt backend counts every single ounce that is poured to the respective patron, and thereafter, they will be checked out and will be charged accordingly,” says Nicholson. On the other hand, it also enables operators to charge for the amount the patron pours while serving responsibly.
With the iPourIt system, not only can patrons self-serve their beer, but it also allows the operators to provide an experience that is unique from other bartending experiences. Its patented technology bridges the gap between the human element and data analytics. It is the only technology that captures key demographic data—including gender, zip code, products poured, average ounces poured, and more—and delivering it to the operators, who use this valuable information to improve operations, increase sales, solidify their brand, and drive profits.

Furthermore, the iPourIt system also helps operators increase their profit and revenue. Unlike the old non-self serve model, where patrons are less likely to order a pint of an expensive brand they have never tried, this self-serve model allows them to try all—since they do not have to commit to a full pour. If the patrons enjoy experiencing these premium drinks, they will pour more, which, in turn, will significantly increase revenue for operators. “Our self-serve model provides clients an average revenue increase of 39 percent. In terms of improving craft beer margins, many of our taproom clients are earning over 70 percent of their revenue through the iPourIt system,” notes Nicholson.

In addition to this, the iPourIt system helps operators eliminate keg loss, as the industry average of 24% of the keg is wasted due to over-pours, foam, give-aways and free tasters. Premium kegs often spoil or are discounted because patrons would not commit to an expensive pint. That is a lot of profit down the drain. However, with the iPourIt self-serve technology, that is not the case, as the patrons are only paying for what they are pouring without any waste. "When the patron is self-serving, there are no free tasters, no returns, and no sweet-hearting, which ultimately leads to product shrink. iPourIt operators are paid for every single ounce in a keg. Our exhaustive data indicates that the average pour size is 4.7 ounces which has been consistent through the years, so it continues to show that patrons who use the iPourIt technology love the resulting tasting experience,” explains Nicholson. 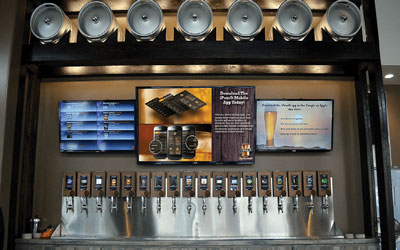 Along with taprooms, iPourIt also serves fast-casual and casual dining concepts, which typically sell less alcohol due to the patron having to wait in line or not having more of a variety to choose from.

The company provides operators a variety of tools to make their business more profitable and run more efficiently. "We want to continue to enhance the technology, so it provides an even stickier or, more memorable experience for the patron,” mentions Nicholson.

Currently, iPourIt is providing its technology in North America. Nicholson estimates there are about 400 beer wall locations in the U.S., and over half of these locations rely on the iPourIt technology.

One such client of iPourIt is Slice Pizza, a fast-casual pizzeria located in downtown Laguna Beach, CA. Like many traditional fast-casual concepts, Slice Pizza was concerned with the challenges affecting profits and revenue when it came to alcohol service. Some of those being keg loss, increasing labor costs, differentiation in a large market, tapping into the millennial market, and consistent foot traffic. The client approached iPourIt and chose to employ technology to solve these common challenges. Soon after the implementation, Slice Pizza started selling more beer and wine than competing businesses with similar concepts. With over 434,000 ounces poured since 2017, Slice Pizza pours an average of 18,892 ounces per month. It is also generating 15 percent of alcohol to food sales compared to the industry average of 4-6 percent.

As the most used self-serve beer and wine system, over 5 million ounces flow through iPourIt taps each month, and over 170 million ounces poured since 2012. “With 5,100 taps in operation and about $90 million in revenue generated for our operators, we are proud to be the clear market leader,” remarks Nicholson. Witnessing this huge success, iPourIt intends to expand its reach in the country while enhancing the technology that allows more memorable experience both for the patrons as well as for the operators. “We also want to continue to add functionality and improvements that increase effectiveness for the operator and lower their costs while encouraging more patrons to participate in the self serve concept,” he concludes.

Description
A revolutionary self-serve beverage dispenses technology that allows taproom and fast-casual patrons to pour their beer, cider, wine, cocktails, and coffee. The iPourIt model is driven by RFID (radio-frequency identification) technology, empowering patrons to choose from a wide variety of available drinks, skip waiting, and have fun. Whenever customers check into an iPourIt-powered taproom, they present their credit card and driver’s license through which their age, gender, zip code are all collected. Once the license has been scanned and authenticated, a tab is created, which allows the patron to pour up to 32 ounces of beer and/or ten ounces of wine, enabling them to pour their drink and better their personal experience at a taproom 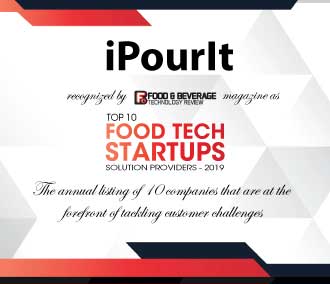 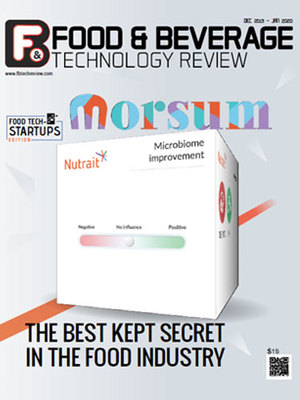